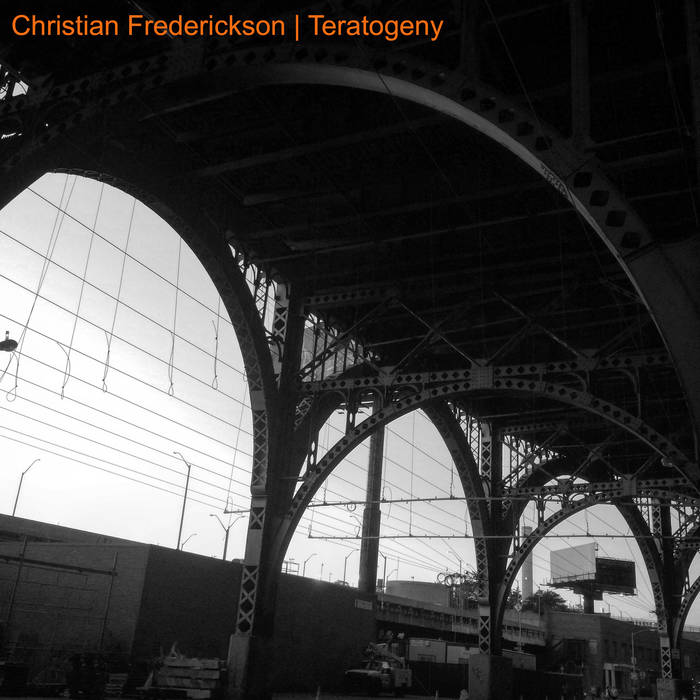 This album is a collection of my favorite little monsters: music I've made for theater, dance, and film productions over the past few years that seemed to want a life beyond the final curtain. I'm so thankful for the many collaborators who have allowed me to be creative: Pavel Zustiak (Endangered Pieces), Anne Bogart (Antigone), Brian Kulick (An Oresteia), Tony Speciale (Unnatural Acts), Greg King (Rotating Mirror), Marianne Kim (Martiality Not Fighting), Luke Murphy (Fragile Ghosts), among many, many others. Thanks also to Kevin Ratterman, a champion of music in the world, whose studio La La Land is a haven for making things sound great. Thanks to Bobby McElver for playing with me on Endangered Pieces. Extra special thanks to my family for all their support; this is for Tara, Toby, and Gus.

All compositions and instruments by Christian Frederickson, except "Warm Body Sample" by Jason Noble in "All One Body"; cymbals by Kevin Ratterman in "Recoil"; and piano by Rachel Grimes in "The Last Night".

"Recoil" loops recorded by Dave Snyder and Matt Hall at Guilford Sound, Guilford, VT
Viola in "Wind-Up Bird" and "Resting on Mercury" and the guitar melody and cymbals in "Recoil" recorded by Kevin Ratterman at La La Land, Louisville, KY
Piano in "The Last Night" recorded by Rachel Grimes at home in Milton, KY.
Everything else recorded by Christian Frederickson